A customer I was working with this week had a need to do a customer search based on four different, but linked, critieria: Account, Countries, Accounts, and Contact.  First they'd pick an Account and then they would be presented with a list of Countries.  After selecting a Country, they'd pick one of the Accounts.  Finally, they'd pick the Contact.  The purpose if this post is to show you one technique to do this using popups.

I was recently presented with this issue and I that I knew a popup would fit, however it was going to require some work.

Based on the requirements, components were going to have to hide and show at each selection point. The actual flow requires four selections by the user, and each one is semi-dependent on the previous.

I could have used a popup with multiple master - detail tables where each table populates when the previous is selected and some 'magic' could be done to not show the tables until the previous is selected, however, due to constraints I went with four separate tables (actually three, I'll go into it later) that do some logic to evaluate their 'visible' attribute.

The client did not provide me with database access, but alternatively wrapped the database calls with web services (several in fact).  Some were simple, some were complex, however, a pragmatic approach using java to populate my view objects was necessary.   I used a page backing bean to make the appropriate web service calls and populate selected values.  (Of note, this may be more performant because it only populates necessary information to display rather than all the dependancies of 'unshown' components. *ponder*).

How I did it

My backing bean contains a 'showScreen' integer.  I found that using an integer allowed me to have multiple states (as opposed to a boolean) and still make simple EL comparisons.  The showScreen value will be used in several attributes to control which tables are visible.    You must have an accessor for this value for it to be useful.

Here is the code for my backing bean:

Using an action attribute on the buttons I created, I call the 'okButtonClick' or alternatively the 'cancelButtonClick' method.  Then with a switch case statement I would make the appropriate web service call.  Check out the getComponent method, this allows me to finally get my popup component (note it is necessary to type cast your return element) and eventually 'hide' it.  This can be used for any properties you need to retrieve from other UI elements.  The cancel button must reset the showScreen unless you desire the user to remain on the same screen they left off at.  On case three, you would save any information that was acquired and repopulate the main screen if necessary.

If you notice, the first service call is not included here, this is handled by the parent page bean, using an action listener on the popup component.

public void popupFetchListener(PopupFetchEvent popupFetchEvent) { // Call web service 1 // No code is necessary to 'open' the popup, that is handled by showPopupBehavior tag on the button. }

I designed a single popup that contains a panel window.  The panel window has four components, three Panel Headers, and a Panel Group Layout (for buttons).

Each of the panel headers contains a table, and the panel group layout has two buttons.

The reason there are only three tables is that one is reused for an address component.  I change the title of the panel header from 'Select account' to 'Select Account to use for Lookup' with the following EL:

Now each of the tables need to be displayed individually, however some also need to be updated based on the results of the other.

Each of the panel headers has a visable attribute that needed to be changed (replace : 0,1,2...) Also, on the panel headers, you need to set a partial trigger so that the component will refresh (You only need to trigger on the 'ok' button, because the cancel button will close the dialog box).

Once the popup is displayed (and the first webservice is called), link the 'OK' button to a backing bean that increments a integer variable.  Your panels will use that variable to decide when to show.  They will also need to trigger on the OK button so that they re-evaluate their visible expression.  Once on your final screen, change the partial submit attribute on the button to false so that the popup finishes its execution! 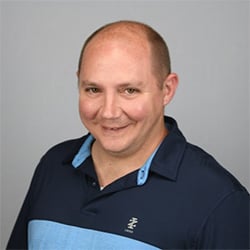 Kevin King
Kevin King has over a decade of experience in enterprise-scale implementations, specifically in architecting, modeling, and developing solutions across many systems, both internal and external. These systems include cloud services, databases, Web Services, and numerous Java APIs. Kevin is a MuleSoft Delivery Champion, MuleSoft Mentor, and active within the MuleSoft Community. Kevin is a Certified MuleSoft Developer (L1 and L2), MuleSoft Integration Architect, MuleSoft Platform Architect, and AWS Dev Associate.