Oracle BPM tasks can be dynamically assigned to an individual user, application role, and / or an LDAP group depending on the human task's incoming data.

They did not have to be separate strings, but for clarity these three human task data elements have corresponding process data objects mapped into the human task in this Oracle BPM 12.2.1.2 application.  Based on which one(s) is populated, the task's assignment is made.

These are set in the activity's input data association from corresponding process data objects. 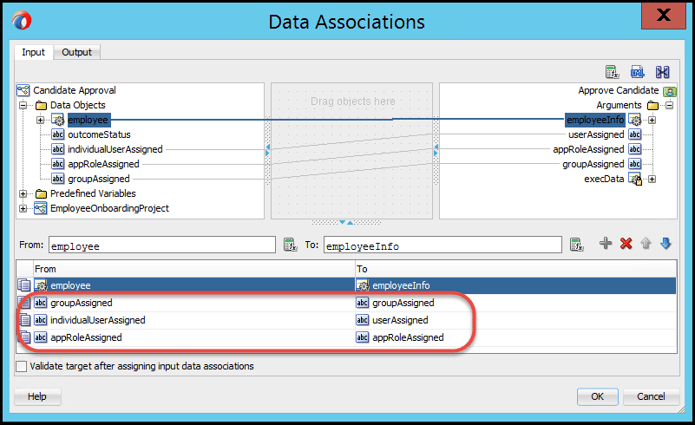 The process data objects are set in the output data association of an activity upstream of the activity in the process. 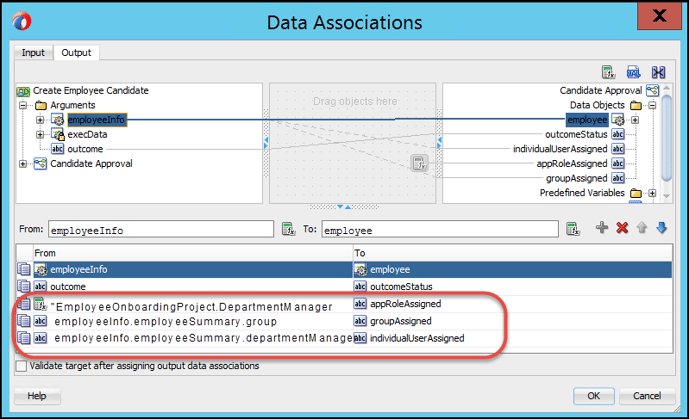 Dynamic Assignment to an Individual User or to an Application Role

Similarly, if the groupAssigned process data object is populated, in the Workspace the task is assigned to that LDAP group .

More than one of the incoming values can be set.  For example, if a valid user id, LDAP group and an application role are all passed in, in the Workspace the task will be assigned to all three.

With the new Rule Set selected, create three new if / then business rules.  The first one assigns it to an LDAP group if a group is passed in.  Note that the second parameter is set in the CreateResourceList function that assigns the task to users in the LDAP Group.

Caveats to this Approach

There are a couple things you need to be aware of if you decide to take the business rule approach with human tasks.

The Oracle BPM 12.2.1.2 application created with these business rules can be downloaded from here.