I received a juror summons a month or so ago and actual looked forward to seeing how the overall judicial process worked. I was even okay with being selected as a juror since the trial wasn't going to be very long. After one and a half days arguments and testimony, we were given our jury charge and set off to deliberate. From my standpoint, based on the expert testimony and the other witnesses the case was fairly straight forward.As a jury, we had four questions we needed to answer and my expectation was that the deliberations would probably take four to eight hours. The bailiff gave us the rule of thumb that in trial such as this deliberations typically did not exceed the length of the trail. However, five days of deliberations later we had only made it through three of the four questions.

Given I have been doing facilitated sessions for more than a decade, I found myself leading a lot of the discussion and trying to ensure we stayed on topic and followed the jury charge as closely as we could. During the deliberations, one of the most eye opening experiences was listening to other people explain their understanding of the testimony we had heard. While we would agree on what a witness had said and the context in which they said it, often our interpretations of what it meant were polar opposites.

During one of our breaks, I sat wondering how in the world my understanding of what was said and the implications of that could be so different than the person sitting next to me. It then dawned on me that this wasn't unlike most of the engagements where a waterfall methodology is used and the business and IT groups differ so much in their interpretation of the functional requirements. It reminded me of leading a process discovery session where both business and IT project team members sit around a white board and map out the processes and then completely disagree on what the process is two days later.

The entire deliberation experience opened my eyes to how different backgrounds, experiences, and perceptions can alter how someone understands what they hear and what they think the logical next step may be. From the consulting standpoint, this affects a number of activities during an implementation ranging from process discovery to sprint playbacks and retrospectives through end user training.

In the end, one of the jurors became seriously ill and had to be placed into the critical care unit of a local hospital and the trial was declared a mistrial. While it was frustrating not to see the case through to completion, it was a valuable experience which showed how much our out of office experience can influence our at work behavior. 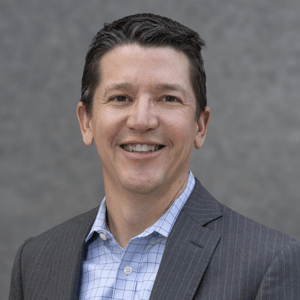