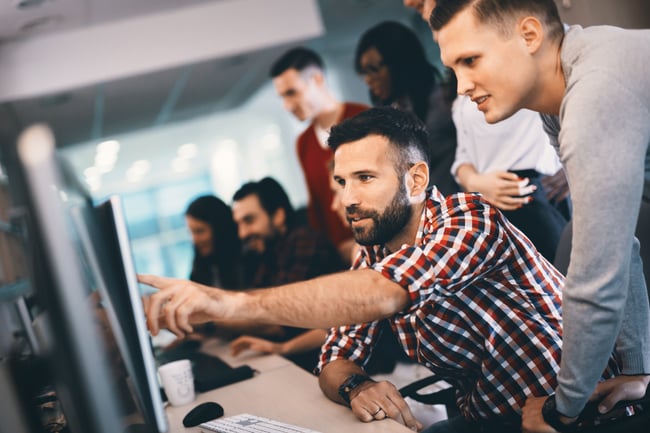 Move Past Digital Transformation and Focus on Digital Evolution

The term “Digital Transformation” can describe anything from the implementation of digital technology to a full cultural change at a company. Digital transformation efforts span across a wide spectrum, with some companies adopting a technology platform to enhance productivity, and others making sweeping cultural changes to encourage growth.

Typically a company will start a transformation path by building out their existing processes in ways that lead to efficiencies, and then grow to transform other parts of its business.

A company may not necessarily work through these transformations in order, but generally may start by transforming a particularly important process using the latest technologies. Momentum from that transformation may spark change for an entire business line, lead to the development of brand new product offerings and other lines of business, or proliferate a spirit of innovation across the entire workforce.

The only issue with “digital transformation” is that it implies an end.

Great companies remain ahead of the curve, and constantly search for new ways to innovate and remain competitive. Digital transformation may play a part in the success of a company, but ongoing success requires constant evolution. In the spirit of continuous improvement and ensuring that companies emphasize growth as a core aspect of their mission, AVIO recommends a focus on Digital Evolution rather than Digital Transformation. Process improvements can and should take place alongside business model innovation and the creation of new product offerings. But how can the process of digital evolution be sustained?

While the digitization of processes or transforming how a product line can help fuel an ongoing evolution, keeping that fire burning can sometimes require a transformation in other areas. Placing an emphasis on cultural or organizational transformation is one such means, as realized and demonstrated by Microsoft CEO Satya Nadella.

As he noted in his first event appearance as CEO, when Microsoft delivered Office for iPad:

“You should never cease from exploration, and at the end of all exploration, you arrive where you started and know the place for the very first time.”

Prior to his Satya’s tenure as CEO, Microsoft had experienced several decided product failures, like the Zune MP3 player and the Windows Phone. The need for these products was dictated from high level management, and their delivery came under the direction of singular, focused goals. Microsoft wanted to transform the MP3 player, and transform the phone --- but succeeded in doing neither. At the time these products were developed, Microsoft’s culture looked something like this (image from bonkersworld.net):

Microsoft’s employees “were hesitant to surface new ideas for fear of breaking from the charted course”. From a performance-review system that forced managers to assign positive and negative scores to their teams regardless of objective performance, to the generally confrontational attitude of the company executives (Steve Ballmer, Microsoft’s previous CEO, famously called Linux “a cancer that attaches itself in an intellectual property sense to everything it touches”), the culture at Microsoft had typically emphasized order-taking, aggression and competition.

Microsoft had previously followed a philosophy of singular goals and objectives, but it now operates with a “growth mindset”. New ideas and creativity have become the company’s focus. As Chris Capossela states, Microsoft “went from a culture of know-it-alls to a culture of learn-it-alls”.

Rather than point to problems with the products Microsoft had delivered, Satya focused on the culture that had created them. He believed that by first evolving Microsoft’s culture, overall company success would follow. He was right.

Microsoft’s share prices have soared since Satya became CEO, and it briefly became the most valuable company in the world in November 2018. Key acquisitions, like GitHub, Minecraft, and LinkedIn were made under his guidance, and Microsoft products were made available on platforms owned by Microsoft’s competitors. All of this success was driven by the evolution of company culture, which in turn evolved Microsoft’s products and digital offerings and continues to do so today.

How AVIO Can Help

Digital evolution can begin with something as small as a simple process change, and take hold behind a “growth mindset”. AVIO understands the driving forces behind digital evolution and can help your company kick off a culture of continuous improvement with our extensive consulting experience and expertise in Mulesoft, Appian, and HashiCorp products.

Contact us today to find out how we can fuel your company’s digital evolution. 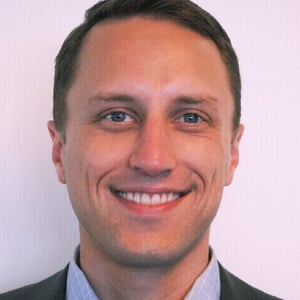 Matt Bach
I have worked with the Appian platform for over 7 years and have successfully run both go-live efforts and ongoing maintenance for many Appian applications. I am currently most interested in the CI/CD and DevOps potential for the platform and have helped develop AVIO's own robust Appian CI/CD solution.