PL/SQL Procedures more times than not implement complex business rules and logic.  DBMS output statements and the SQL Developer debugger are tools that can assist when initially testing the procedure but when a change is made to a procedure it must be thoroughly regression-tested to ensure the new or change feature hasn't broken something else.  While SQL Developer provides its own unit testing framework it's more than a little tedious to setup and it requires the unit tests be run in SQL Developer.  Alternatively, the approach described in this topic proposes the use of a SQL script to create the test data and to run the test and record the results in a custom unit testing table.

The approach here requires creating one custom table to store the results of the unit tests.  Unit tests are organized in a folder of tests testing the same PL/SQL package.  Each of the unit testing scripts in the folder will record their tests results (sample DDL provided below) according to this group name (TEST_GROUP), whatever you want to call it.  In addition, there is a TEST_RESULT column that records PASSED or FAILED associated with the unit test name and description.

Each of the unit tests will have four sections:

A sample script will be provided below to document each of these four sections.  The first two are easy enough and are shown below.

The third section is easy to create, simply open the Test or Debug dialog of the PL/SQL Procedure. An EXCEPTION variable is declared on line 22 below.  Lines 23-25 were added to this to set various variables needed to record the results in the unit testing table.

Immediately after calling the PL/SQL Procedure add IF conditions to test the outcome.  If any of these "assertions" are true then invoke the EXCEPTION.   If the EXCEPTION is not raised then insert the PASSED status.  Note the implementation of the failed_the_test EXCEPTION on lines 55-57 that will insert the FAILED status.

Having the unit tests written in a pure Oracle syntax and execution mode is intuitive, learned easily and provides a robust means to regression test PL/SQL procedures.  The unit testing table will record each of the unit test group results so test failures can be easily located. 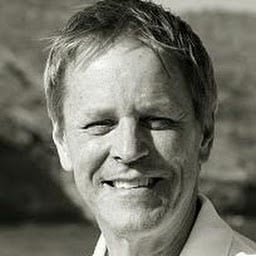